Books I Don't Talk About Alot But Love 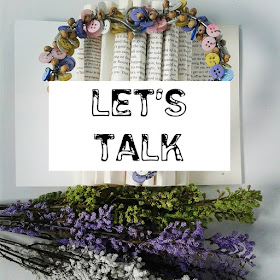 I love talking about my favourite books but sometimes I don't give enough love to some books that I really did enjoy. This post is all about books I have read and loved that maybe don't get alot of attention. I choose these books from all the books I have read since I stared blogging 5 years ago. 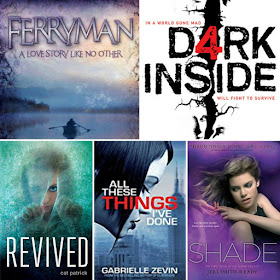 I read FerryMan back at the end of 2012 and really enjoyed it giving it 5 stars. FerryMan is a YA Standalone Fantasy Romance. "I loved it. Could not put it down. McFall has created great characters, a romance I loved and a landscape that is fresh. Highly recommend."

Life, death, love – which would you choose?

When teenager Dylan emerges from the wreckage of a train crash onto a bleak Scottish hillside, she meets a strange boy who seems to be waiting for her. But Tristan is no ordinary teenage boy, and the journey across the desolate, wraith-infested wasteland is no ordinary journey.

I read Dark Inside back in 2011 and loved it. It was another 5 star read. It's a YA post apocalyptic series that has zombie like creatures. I love post apocalyptic books, its one of my favorite things to read. This is the first in a trilogy and I haven't read the finale as it took forever to be released however it finally released last year so I am excited to finally finish it. You can check out my review here
Synopsis

Moments after several huge earthquakes shake every continent on Earth, something strange starts happening to some people. An inner rage has been released and some people cannot fight it. For those who can, life becomes an ongoing battle to survive - at any cost!

Revived is a YA Sci-Fi romance that I really enjoyed when I read it back in 2012. I read alot of Cat Patrick's books back then and really enjoyed them including Revived giving it 4.5 stars.
Synopsis

It started with a bus crash.
Daisy Appleby was a little girl when it happened, and she barely remembers the accident or being brought back to life. At that moment, though, she became one of the first subjects in a covert government program that tests a drug called Revive.
Now fifteen, Daisy has died and been Revived five times. Each death means a new name, a new city, a new identity. The only constant in Daisy's life is constant change.
Then Daisy meets Matt and Audrey McKean, charismatic siblings who quickly become her first real friends. But if she's ever to have a normal life, Daisy must escape from an experiment that's much larger--and more sinister--than she ever imagined.

From its striking first chapter to its emotionally charged ending, Cat Patrick's Revived is a riveting story about what happens when life and death collide.

All These Things I've Done ( Birthright #1) by Gabrielle Zevin

All These Things I've Done is the the first book in a YA dystopia trilogy that I read back in 2012 giving it 5 stars. It is set in 2083 where chocolate and coffee are illegal, everything is rationed and New York is full of Crime and poverty. It was really interesting and kept me hooked for someone who doesn't really like dystopia I really enjoyed this book.

In 2083, chocolate and coffee are illegal, paper is hard to find, water is carefully rationed, and New York City is rife with crime and poverty. And yet, for Anya Balanchine, the sixteen-year-old daughter of the city's most notorious (and dead) crime boss, life is fairly routine. It consists of going to school, taking care of her siblings and her dying grandmother, trying to avoid falling in love with the new assistant D.A.'s son, and avoiding her loser ex-boyfriend. That is until her ex is accidently poisoned by the chocolate her family manufactures and the police think she's to blame. Suddenly, Anya finds herself thrust unwillingly into the spotlight--at school, in the news, and most importantly, within her mafia family.


Engrossing and suspenseful, All These Things I've Done is an utterly unique, unputdownable read that blends both the familiar and the fantastic.
Shade (Shade #1) by Jeri Smith Ready
I loved this trilogy when I read it. It is a YA PNR where ghosts are real. On the Winter Solstice over sixteen years ago something happened meaning that anyone born after this can now see ghosts. Anyone born before that time can't see ghosts (even if they could see ghosts before) The ghosts are of people who have died suddenly not of those who knew they where going to die. And it was so, so good! You can check out my review here
Synopsis

Best. Birthday. Ever. At least, it was supposed to be. With Logan's band playing a crucial gig and Aura's plans for an intimate after-party, Aura knows it will be the most memorable night of her boyfriend's life. She never thought it would be his last.

.
Like everyone born after the Shift, Aura can see and talk to ghosts. This mysterious ability had always been annoying, and Aura had wanted nothing more than to figure out why the Shift happened so she could undo it. But not with Logan's violet-hued spirit still hanging around. Because Dead Logan is almost as real as ever. Almost.

It doesn't help that Aura's new friend Zachary is so understanding - and so very alive. His support means more to Aura than she cares to admit.

As Aura's relationship with with the dead and the living grow ever complicated, so do her feelings for Logan and Zachary. Each holds a piece of Aura's heart... and clues to the secret of the Shift. 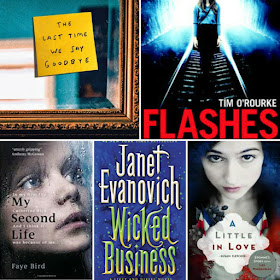 The Last Time We Say Goodbye by Cynthia Hand

The Last Time We Say Goodbye is a YA that deals with mental health and I loved it so much it is one of the most beautiful pieces of literature I have read.

There's death all around us.
We just don't pay attention.
Until we do.The last time Lex was happy, it was before. When she had a family that was whole. A boyfriend she loved. Friends who didn't look at her like she might break down at any moment.Now she's just the girl whose brother killed himself. And it feels like that's all she'll ever be.As Lex starts to put her life back together, she tries to block out what happened the night Tyler died. But there's a secret she hasn't told anyone-a text Tyler sent, that could have changed everything.Lex's brother is gone. But Lex is about to discover that a ghost doesn't have to be real to keep you from moving on.From New York Times bestselling author Cynthia Hand, The Last Time We Say Goodbye is a gorgeous and heart-wrenching story of love, loss, and letting go.

Flashes is YA mystery with a paranormal twist was really unique and I really enjoyed it when I read it back in 2014. Check out my review here

Flashes is the first in a new series of YA paranormal crime novels in which a 17-year-old girl cannot help seeing glimpses of dead people who seem to want her aid - much to the consternation of her boyfriend, who has just started work for the local CID.

My Second Life by Faye Bird

"My Second Life is heartbreaking, heartracing, has an amazing lead character and the story is nothing like I have read before. I can't highly recommend this book enough!" Check out the rest of my review here

A pacy pageturner that asks: Can you be held responsible now for something you did in a previous life?Fifteen-year-old Ana has a good life--she has friends and a boy she likes and a kind mother--but still, she's haunted by her past; she knows that she lived once before as a girl named Emma, and she still misses her old family. When, by chance in her life now, Ana meets a woman she knew in her previous life, a terrifying memory flashes through her mind of a young girl drowning. Was Emma responsible? And should Ana pay the price? Consumed by guilt, Ana sets out to find out as much as possible about the person she was before and what she had done, only to discover that the family she misses so deeply had dark secrets of its own. To come to terms with her life now, Ana must figure out how to let go of the past.

Wicked Appetite is an adult PNR that is so funny. I read it in one day. Check out my review here
Synopsis

For centuries, treasure hunters have been eager to possess the stones, undeterred by their corrupting nature. The list is long — Genghis Khan, Alexander the Great, Napoleon, to name a few. Now the Stones have found their way to Salem, Massachusetts, and so has Gerwulf Grimoire, adding himself to this rogues’ gallery of power seekers. He’s an uncommonly dangerous man, with a hunger for the forbidden, and a set of abilities that are way beyond ordinary. Abilities that he feels entitle him to possess anything he might desire.That would include Elizabeth Tucker, the woman he needs to find the Stones. She’s freshly transplanted from New York City to Boston’s North Shore. With a new job as pastry chef at Dazzle’s bakery and an old house inherited from her Aunt Ophelia, her life is pretty much on track …until it’s suddenly derailed by a guy named Diesel, a rude monkey, and a ninja cat.Lizzy can handle the monkey and the cat. She’s not sure about Diesel. He’s offering up his own set of unusual talents, promising to protect her from Grimoire. The kind of protection that Lizzy suspects might involve guarding her body day and night.The Seven Deadly Sins are pride, greed, lust, envy wrath, sloth and gluttony. That pretty much covers everything that is wicked. Diesel thinks it also pretty much covers everything that’s fun. And Lizzy thinks Diesel and the Seven Deadly Sins cover everything her mother warned her about

A Little In Love by Susan Fletcher

A Little In Love is a book I adore so much. I call it my hidden gem. Its a historical retelling of a character from Les Miserables and it's incredible. You can check out my review here
Synopsis

As a young child Eponine never knew kindness, except once from her family's kitchen slave, Cosette. When at sixteen the girls' paths cross again and their circumstances are reversed, Eponine must decide what that friendship is worth, even though they've both fallen for the same boy. In the end, Eponine will sacrifice everything to keep true love alive.

What are some books you love that you don't talk alot about?
Reading Away The Days at 00:00
Share