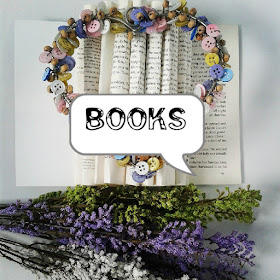 Happy Release Day to Living The Dream by Lauren Berry. Today sees the release of Lauren's debut adult fiction novel which sounds amazing according to the press release it's:

Virago’s lead novel for 2017 and a contemporary voice for this decade: the 90s had Sex and the City, the noughties had Bridget Jones and now we introduce Living the Dream 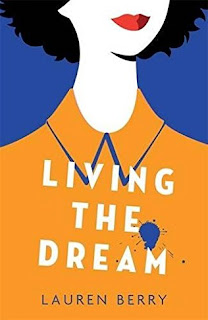 A cheeky, charming debut about twentysomething best friends in London navigating their careers and love lives past post-collegiate turmoil and into adulthood with lots of pints along the way.Emma is a rising star at the marketing firm she works at as a "creative," but would have trouble describing what exactly it is she does all day. She pours most of her actual creative energy into a popular blog that all of her friends agree is brilliant, but she has yet to make a cent on it. Clem is a massively talented screenwriter just back from New York, where she picked up a fancy graduate degree in film. But until she convinces an agent to take on her masterpiece script, she's stuck hostessing at the bar she frequented as an undergrad, and the only calls she's getting are about bills past due and overdrawn bank accounts. In their ironclad friendship both girls find a reliable break from the post-collegiate absurdities and indignities that seem to abound in life right at the moment they feel they should finally be getting it all together. With a rotating cast of lovably insufferable friends, from Emma's fabulous DJ and ladies man roommate to Clem's painfully ordinary and predictable childhood chum, the girls wind their way through the twists and turns of aging parents and terrible bosses and regrettable one night stands, unforeseen setbacks and blessings that present as anything but, and remind each other that while their ships might not have come in yet, the after work drinks are cold and the company can't be beat.